Cavendish Square is located just off Oxford Street - a small idyicll tree lined square where you can escape from the hustle and bustle of shoppers but here nestling in the middle is a statute of the Duke of Cumberland youngest son of George II. He is generally best remembered for his role in putting down the Jacobite rising in the Battle of Culloden in 1746.

The statute of the Duke of Cumberland is in soap yes soap.  The original equestrian statue which was removed in the 19th century due to widespread disapproval of his actions in Scotland at the Battle of Culloden in 1746.

This work will make use of the Cavendish Square plinth for the first time in 144 years.  The detail of the statue will soften and fade over time.

Sculptured by Meekyoung Shin to celebrate the Olympics in 2012.  Go and see before it is washed away! 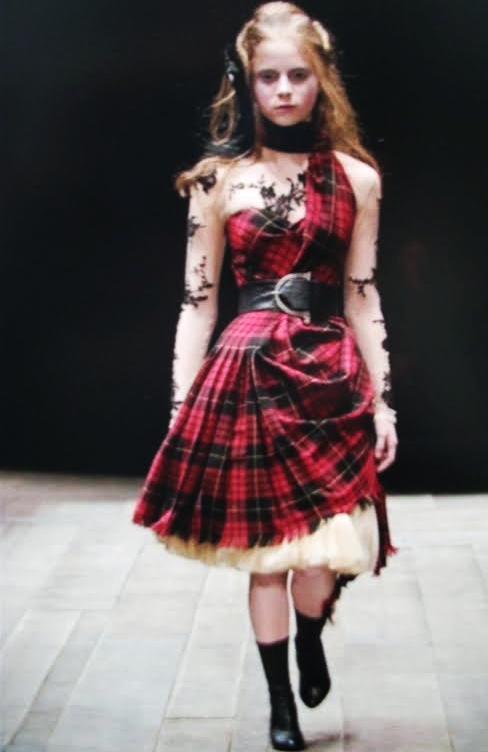 Alexander McQueen’s “Widows of Culloden” (A/W 2006-7)  based on the final battle of the Jacobite risings. McQueen’s was asked once what his Scottish roots meant to him and  the designer responded “Everything”.

View all posts by: Lena Federico

This website uses cookies to improve your experience while you navigate through the website. Out of these, the cookies that are categorized as necessary are stored on your browser as they are essential for the working of basic functionalities of the website. We also use third-party cookies that help us analyze and understand how you use this website. These cookies will be stored in your browser only with your consent. You also have the option to opt-out of these cookies. But opting out of some of these cookies may affect your browsing experience.
Necessary Always Enabled

Any cookies that may not be particularly necessary for the website to function and is used specifically to collect user personal data via analytics, ads, other embedded contents are termed as non-necessary cookies. It is mandatory to procure user consent prior to running these cookies on your website.